All candidates have one of these four statuses: Active, Deactivated, Excluded, Winner. The diagram below reflects the algorithm. 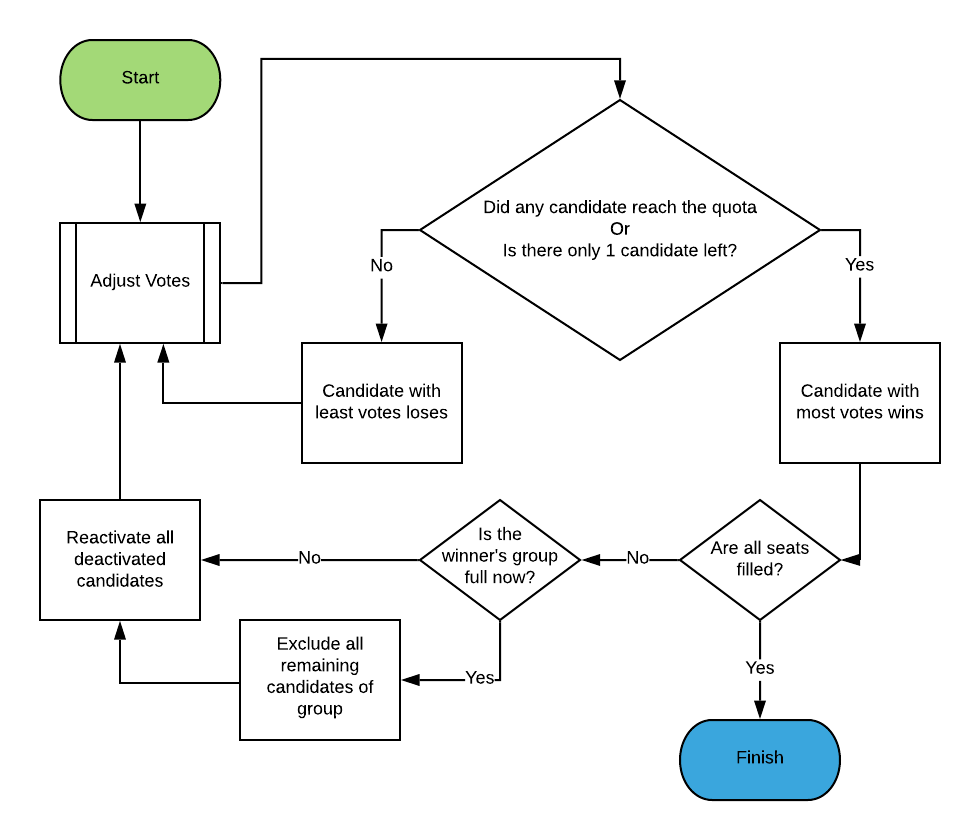 Adjusting votes is where most of the computation happens.

It alternates between voters allocating their votes and winners reducing their surplus. This happens as many times as necessary until both voters and candidates reach equilibrium. 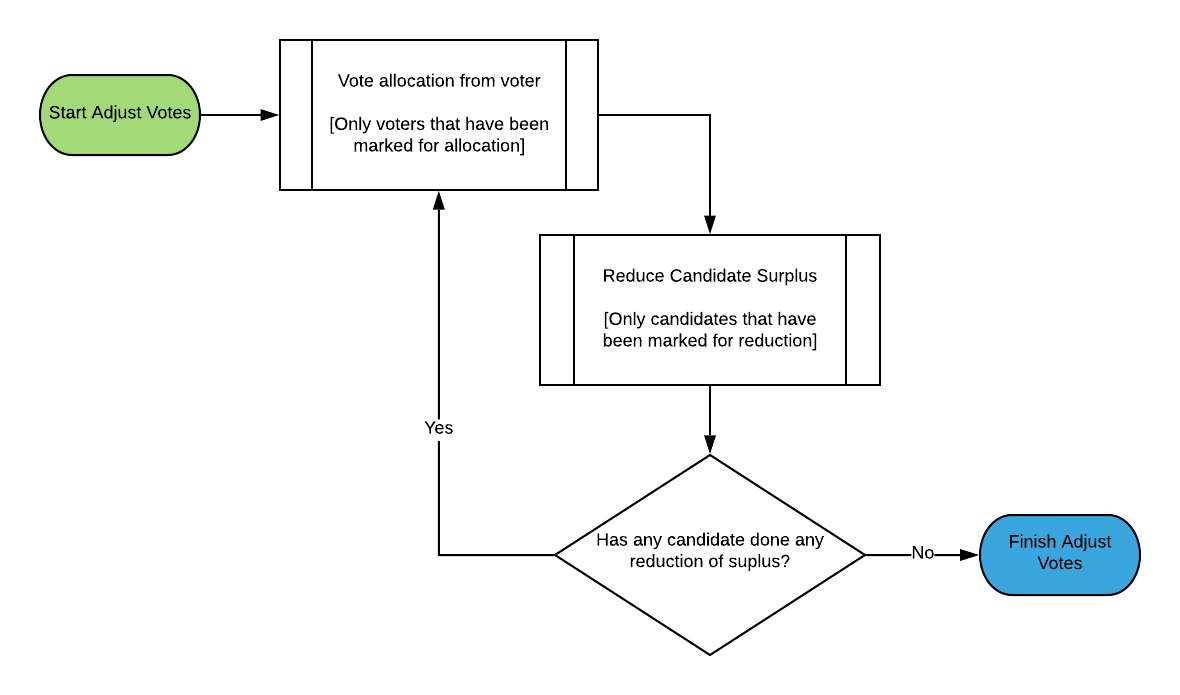 In the following, please note that the term “Voter” designates the representation of the voter as an object in the algorithm, not the physical person.

The Voter is connected to each candidate on his ballot via something we call a “VoteLink”. The VoteLink has two important properties. Its “weight” meaning the percentage of the vote the voter is currently allocating to the candidate. The other important property is one of these five statuses:

The difference between Partial and Full support will be explained below

To help us understand the Voter’s allocation function, it is best to process everything from his perspective. The Voter has his ballot (his list of VoteLinks), and knows how much weight he already allocated to each candidate and what is the status of his candidates (status of each of his VoteLinks).

Since the Voter is doing this allocation, it means he has been signaled to do so for one of the following reasons:

There are two conditions to consider. First, weight allocated to winners is considered fixed, it cannot be lowered by the Voter himself. Second, weight can only be allocated to VoteLinks with Active or Partial status. Full status on the VoteLink is a signal from the candidate to the Voter informing the Voter that the candidate is not in need of any extra weight. 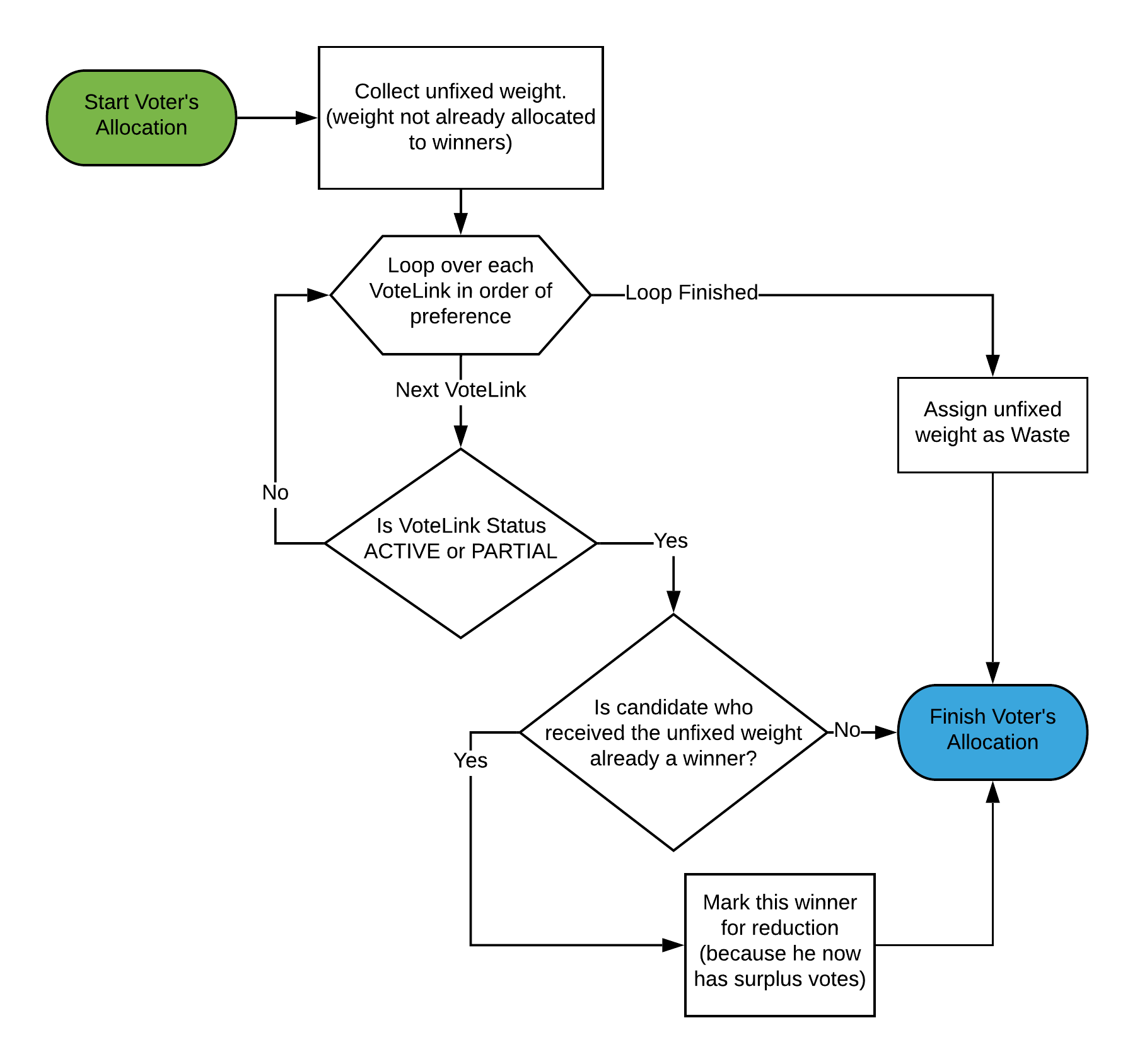 Another way of visualizing the process is with the video below.

The video assumes we are in the middle of an election and showcases the Voter’s allocation after four events. The events are shown at the top and are in chronological order. However, for brevity, we only show the events related to this voter. The red bars represent the portions of the vote and where they are allocated.

To help us understand the Candidate’s reduction function, it is also best to process everything from the candidate’s perspective. The Candidate has his supporters (his list of VoteLinks), and knows how much weight he is receiving from each supporter. Ideally, the candidate wants to receive an equal amount of weight from each of his supporters. However, this cannot always be the case. Voters sometimes allocate weight below the ideal amount because they already have most of the weight allocated to other winners. 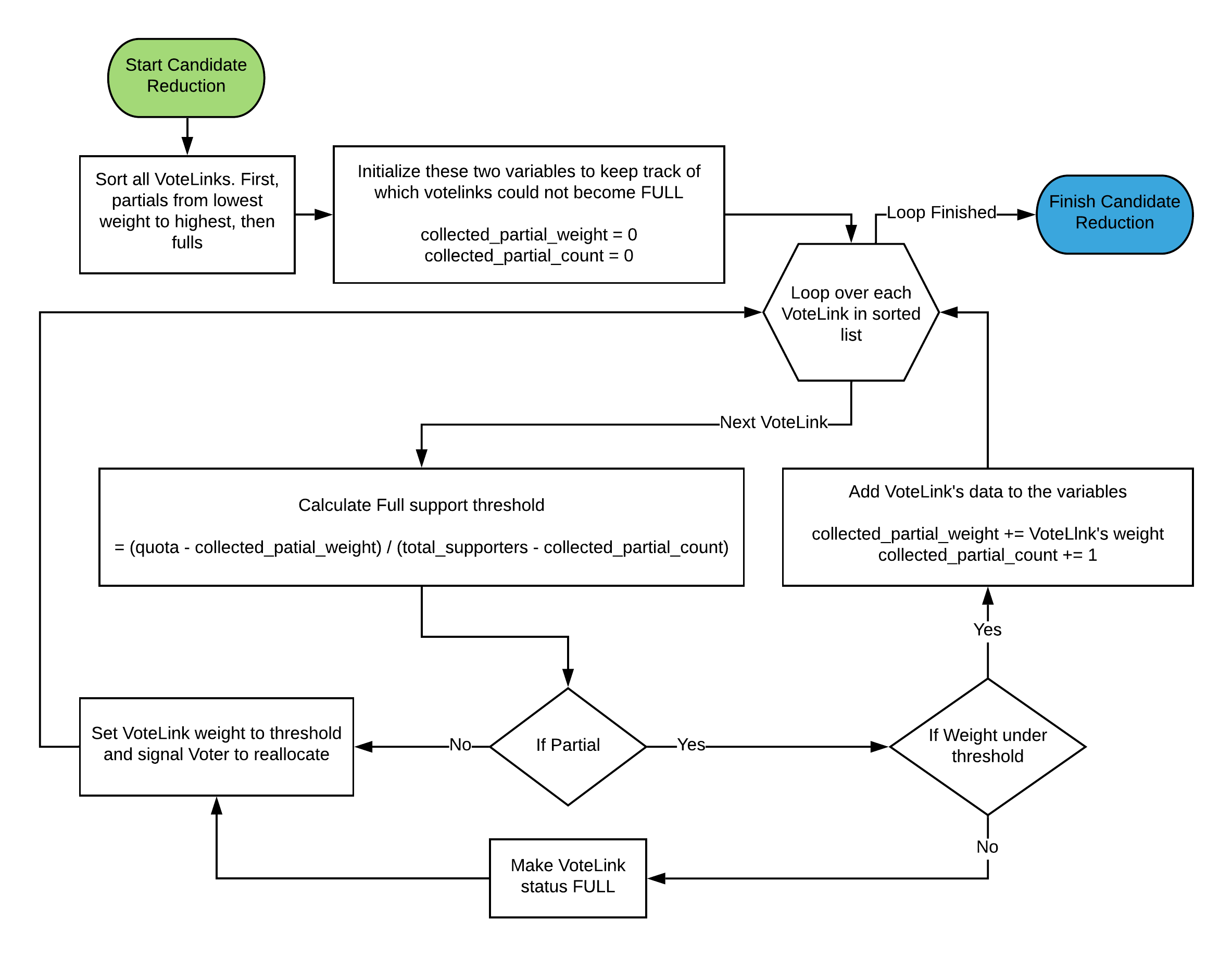 Another way of visualizing the process is with the video below.